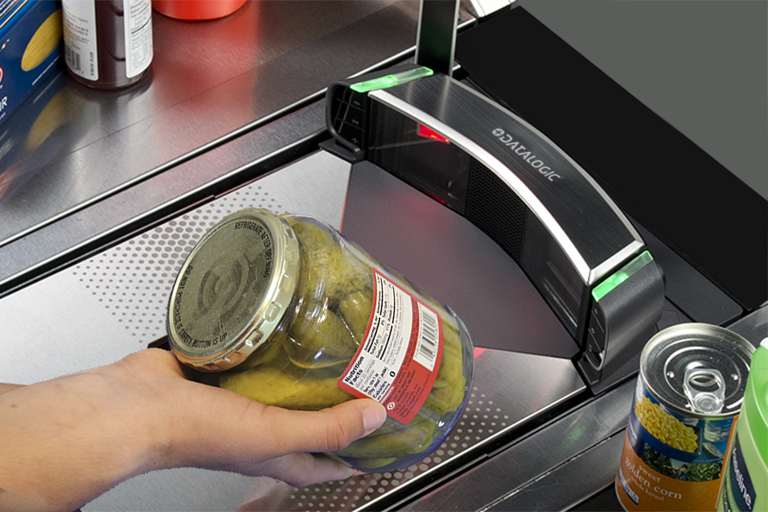 The History of the Barcode

The barcode: it’s as almost as ubiquitous as air these days, on just about every inanimate object on this planet (and some animate ones, too!); anything that needs to be accounted for in the supply chain or run through a checkout line has one. They’re so ingrained in our way of doing things that most people don’t remember a time when we didn’t use barcodes to track products and inventory. This innovation revolutionized the supply chain, so we’re giving it a li’l love with this blog, celebrating it by looking at some important barcode milestones.

You don’t have to be a #SupplyChainGeek to find the history of the barcode interesting. It’s a story filled with triumphs, failures, surprises, human drama, and, finally, a remarkable innovation that changed the world.

The inventor of the barcode was Joe Woodland, who was inspired by the dots and dashes of Morse code to come up with a similar approach to simplifying inventory (stocktaking) and get shoppers through the checkout lines more quickly.

The birthplace, so to speak, of the barcode as we know it is in the unassuming city of Troy, Ohio, at a small-town grocery called Marsh Supermarket. It’s here that the very first product labeled with a Universal Product Code, or UPC, was scanned at a checkout; the product was a pack of chewing gum. But that’s where the invention was first put into use...so much happened prior to that day. Here are a few highlights.

Woodland was given a problem he wanted to solve: make the customer experience at the grocery store simpler and faster. His solution was to have every product coded in a way that would eliminate the manual work of pricing (and eliminate the need to look up prices when a price tag was missing). It was a simple concept that evolved into something far more sophisticated and far-reaching in its uses and benefits.

Woodland, together with a man named Bernard Silver, filed a patent for their solution: a barcode that contained product price and other information (though in its original form, it was a series of concentric circles); it was granted in 1952. The two men built something to demonstrate the UPC concept and the associated scanning device, but photographs of this initial equipment cease to exist. It’s said to have used, among other things, a 500-watt light bulb and an oscilloscope to read the code. Though the idea was solid, it was too early for actual implementation, as there was no computer to make it all work.

In this year, the world was introduced to the laser (or Light Amplification by Stimulated Emission of Radiation), an invention that gave Woodland and Silver’s UPC application a shot in the arm. What they needed to make barcoding a reality was a substantially more powerful light, and lasers gave them exactly that.

Lasers are tiny beams of light so sharp that they’re used to cut through granite...so how could they possibly be applied to the challenge Woodland was trying to solve? The world to which this new innovation was introduced saw potential for its application in medicine/surgery, defense, science, industry, communications—but not the grocery industry.

Through the industry grapevine, a research team looking for a project heard about the barcode and attempted to develop some practical use cases. They found Woodland and Silver’s patent for the barcode and scanner. After some initial missteps, the first automated checkstands featuring a barcode scanner were installed on July 3, 1972. The speed through which customers were able to pass through this new checkout method was a significant improvement over the traditional process; now the challenge was to sell the rest of the industry on this newfangled invention.

A committee was formed to find a way to introduce a single UPC concept that would be common to all products sold in supermarkets and imprinted by the manufacturers and retailers. The information represented by the barcode would be product type, manufacturer, date produced and other data. Computers at the checkout would read this information and enable tracking of sales and other metrics.

Several companies vied for the opportunity to make the first systems in the country, and the winner was International Business Machines (IBM), Joe Woodland’s employer. (Woodland was not the creator of its version of the Universal Bar Code, however—a man named George Lauer has that honor.)

Some of the criteria for selection were that the code had to be no more than 1.5 square inches, printable with existing technology used for standard labels, consist of only 10 digits, be readable from any direction at any speed—and must demonstrate fewer than one in 20,000 undetected errors in its use. Laurer created a rectangular code that satisfied all these requirements.

On March 30, 1973, independent scientists from MIT selected the winning UPC that would be featured on all products sold in supermarkets: Lauer’s barcode.

Back to Troy, Ohio. The first product scanned—a pack of Juicy Fruit chewing gum—was chosen for its size. Some people doubted that small packages could be effectively imprinted and scanned with a barcode, so Wrigley’s wanted to prove them wrong, and did.

Interestingly, it took until the 1980s for the bar code to really take off, with Kmart and Walmart being two of the first adopters, both of which pushed for its adoption because of the tremendous benefits to their cataloguing and tracking.

A few additional dates related to the barcode: In 1982 the first charge coupled device (CDD) scanner was introduced, a precursor to today’s scanning devices; in 1986 the first handheld fixed-beam laser scanner was patented; in 2005 airlines began printing barcodes on boarding passes; and in 2008 cell phones had the technology to be able to display barcodes.

So there you have it: a nutshell version of the history of barcodes. If you’re not convinced that this was a remarkable advancement—and a global one—consider that in 1992 President George H. W. Bush awarded Woodland the National Medal of Technology & Innovation for his contribution to technology.

In an upcoming blog post we’ll talk about some of the most common (and some not-so-common) ways barcodes are used and the benefits derived from them. Stay tuned—you might learn something new!

As always, we’re eager to help companies large and small utilize barcodes to make their operations more efficient. Reach out to us—we’d love to have a conversation! And, if you’re already using barcodes but want to know where opportunities for improvement are, request a labeling assessment—just click the link below!

These Stories on Hardware

5 Reasons To Do A Mobile Device Refresh Now

INSIGHTS RIGHT TO YOUR INBOX