In December 2014, Uruguay became the first country to legalize the consumption, cultivation and distribution of marijuana—anyone over the age of 18 who is registered in the countrywide database is able to purchase it over the counter.

The government intends to track every legal marijuana plant in the country using RFID tags. All government-grown plants will also be cloned with genetic markers in order to further identify if a plant was grown legally. The genetic markers and RFID tags are intended to reduce illegal trafficking of the drug.

By using RFID technology, officials can quickly scan a plant with an RFID reader and receive the plant’s complete history from “seed-to-sale.”

Learn more about how RFID is being used for marijuana tracking in Uruguay. 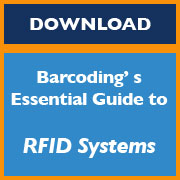